2018—Engrossed in, and often befuddled by language

“Avoid senility by keeping your brain churning with crossword puzzles and foreign languages,” we were told. Both consciously and probably unconsciously we took that advice to heart.  For example, when we came to London on pins and needles for Sarah’s baby girl to descend from its comfy burrow, due Christmas day, we thought we knew our common language, i.e. English.  While out shopping or sitting before the “telly,” we Americans (not Sarah) look at each other with that deer in headlights expression and ask what the heck did she/he say?  Zsalya Laci-Gyorgy Bell-Pasternak arrived by emergency C- section to everyone’s relief on the 27th, weighing in at 8 ½ pounds with a full set of lungs.

We are embracing our month-long stay with Sarah and Nigel in their new home plastered wall to wall with museum-like pieces from developing countries where they both travel for GSK work.  However, it does become embarrassing when people look at us like “are you deaf or something” (which in fact we kind of are) when we have to ask three and four times for help in cutting through the cockney accent mostly spoken here.  Didn’t we finally come to a country where we speak the language?

Not understanding costs nothing.  Far more awkward was when I went up to the receptionist at a Tbilisi hotel and proudly stated in Russian: ”I need to write on your computer” which came out as,” I need to pee on your computer.”  We all had a good laugh because that is the beautiful accepting manner of the Georgian people.  The Georgian language is exclusively theirs, and their learned Russian under occupation is such that they didn’t care if I intentionally disregarded endings (who needs them) and spoke haltingly.  Derick remembered mostly grammar learned from occupied Hungary in his youth. Georgia has rocked its way to the top of our travel destination hit parade.  Orthodox churches dotting the hillsides are breathtaking.  Hospitable tables appear laden with tasty and uniquely Georgian dishes–fat cheese “pizza” pies (Khachapuri), huge stuffed dumplings (Khinkali) and dipped walnuts-on-a-string fill long evenings of eating and toasting.  We are not the only ones who visit Georgia and want to, even decide to, stay forever.  During our revisit for a third month of Derick’s consultation, helping to prepare a private hospital to become accredited by JCI (they did it in April!), we realized how many valued, loving, unforgettable relationships we are privileged to take with us.  Most of Derick’s work took him to the “low countries” of Netherlands, Belgium, and Luxembourg this year, but he found time to work in Dubai, Saudi Arabia, and China as well.  It was fascinating to see the new attitude in Riyadh.  On arrival, at the immigration counter, they spoke clear English and had a smiley faces rating board to see if you liked the experience!

Getting used to bloopers in Georgia prepared us for two weeks in France between Derick’s JCI assignments in Belgium and Luxembourg where I tagged along.   You can imagine the shocked reaction when I said “I have been bitten” and it came out “I have been dead.”  I also insulted a salesperson, I thinking I asked, “what is the time?” and she heard “what is the trap?”  For all our French classes, conversation klatches, and annual visits to France, we still can’t understand the radio as we drive. We try to waylay anyone who will converse with us, and this visit to Kaisersberg in Alsace, the usual captives were our fun and friendly hosts at Au Péché Mignon (a small sin) where we had our morning croissants and cappuccinos. The rest of each day we were charmed by the villages in Alsace.  We just have to remember to say “tasting” rather than “disgusting” at the wineries.

Grace a Dieu, our Prosperity Rings partners translate for me in Tamil Nadu, India.  Last May, I wanted to know every word Josephine Selvaraj spoke at the two-day beekeeping training we arranged for the borrowers to adopt that enterprise with our latest micro credit loans.  100 borrowers were on the edge of their seats the entire training.  At least 33 have 63 hives to date.  The cancellations by all participants of the elephant festival tour I had arranged gave me the great joy of birding in Sri Lanka instead.  Birds have their universal language.

Here is the kicker.  Now it’s Spanish!  Katherine and her family, Jamie, Laszlo 10, Aurelia 8, and Andrash 6, have taken up residence in La Paz, Bolivia for Jamie’s position as Superintendent (Headmaster) at the American Cooperative Calvert School.  They are in the thick of Latin American culture which includes new adventures and an immediate social world with their school connections, but also waiting forever for their belongings to arrive and problems at the Argentine border during their Christmas break.  Not only did we help them become acclimatized to the 10,000-foot altitude in Denver and Angel Fire, New Mexico in August, but now I am resurrecting my Spanish from a year in where? unbelievably coincidently, La Paz, Bolivia 52 years ago.  Derick, having had work assignments in Italy, Brazil, and Portugal and with natural proficiency in languages, sera bien.  Gotta cram for a February visit.

Ken and Aniko’s passion is art.  We are always treated to the latest galleries and special museum exhibits when we visit them in San Francisco.  Art is its own language, which often leaves us a bit baffled.   Preparing gourmet food is also high on their list.  Example: Together we feasted on full-sized Dungeness crabs for Thanksgiving.  Rather than hitting the trails in Hungary and Hawaii, they’ll be packing their bags for London and La Paz in 2018.

When in Seattle we are always studying one language or another, (French mostly and Derick goes to weekly German conversations) so our brains ought to be sizzling with non-senility.  Bridge games, creating pub quizzes, never-dormant charitable Rotary Projects, and book clubs are also grey cell fodder.  This is not what we thought life would be like at 76 and 77, but we’re not complaining in the least.  Asi es la vida.

Your adventures are our pleasure, so do let us read about them.  We hope you had great moments of joy and few of sadness.  We count our blessings and pray for those who lack them.  May 2018 be your best year ever! 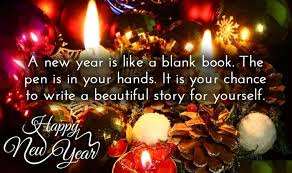 LEARN HOW YOU CAN DONATE TO OR BECOME A SPONSOR WITH PROSPERITY RINGS.